SPEED DATING IN M&A: IT DOES MAKE SENSE! 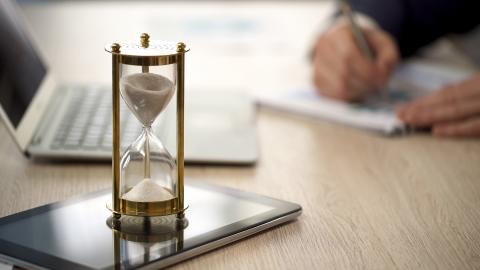 Balancing Competing Initiatives
By William Blandford, Managing Director at Blandford Associates and Member of The Board of M&A Standards

I know, your first thought is, “What does Speed Dating have to do with mergers and acquisitions?” But if you think about it for a minute, it makes perfect sense. Let me help you along. "Speed Dating" is defined as an organized process in which participants have one-on-one conversations, typically limited to less than ten minutes, for the purpose of getting to know others. I have used this "Speed Dating" process to identify and address the complex relationships among competing initiatives (referred to as interdependencies) with functional integration teams for acquisitions, especially in more complicated cases.

Example
Consider the IT teams working on the integration of a purchased business that was carved out from another company. In this situation, IT must support both the existing business and, via a Transition Service Agreement (TSA), the business being carved out. In this hypothetical case, 6 functional Business IT teams are migrating and/or implementing business systems for their respective functions, and 4 IT Infrastructure teams are migrating and/or implementing the IT infrastructure for the acquired business – all in the same time frame before the end of the TSA.

Approximately 4 weeks after the start of integration, the teams have put together plans to implement their respective projects. I have found this to be the perfect time to implement the Speed Dating process as part of an interdependency workshop. This exercise is instrumental in identifying the dependencies among the teams and the potential conflicts, especially with content and timing.
"Speed Dating" Meetings
After the initial introductions, two Speed Dating exercises are organized. For the first one, the IT business teams interact with each other individually to identify dependencies and issues among the business systems, while IT infrastructure teams do the same for their projects. Then, a second exercise has each of the business systems participants meeting with each of the IT Infrastructure participants.

A defined time interval is set for each discussion, usually 15-30 minutes per conversation, depending on the size and complexity of the integration. Each conversation includes a high-level review of respective plans, including both content and timing, and the identification of interdependencies and issues.

Analysis and Feedback
After rotating to each table, teams compile their findings and begin the process of identifying alternatives. This can take the rest of the first day and part of the second day.

Then all teams convene in a single session, with each team presenting their interdependencies and alternatives, and the larger group providing feedback so the plans can be refined to account for all variables. To wrap up the session, the interdependencies are collected by the Project Management Office and used as part of integration tracking to ensure project implementations will succeed with minimal or no conflict.

Comments
I have found that the Speed Dating technique can be utilized in many cases, across and within functional teams. And variations can be employed based on the uniqueness of the case. After leading this exercise multiple times, I noted that implementation dates were a common issue. In one case, with a TSA end at 9 months, all teams did most/ all of their implementation during the last month, which made them vulnerable to timing errors, chaos, and lots of issues. But you don’t have to take that ris

k. Adopt the M&A Speed Dating process to draw out the hidden conflicts and allow for a smoother integration implementation. 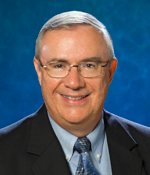 About William Blandford:
William Blandford is the Managing Director of Blandford Associates, aimed at Practical IT M&A Due Diligence and Integration. He has participated in over 50 transactions with two major high-tech companies. He successfully integrated more than 30 acquisitions and led the divestiture of 20 businesses. William has extensive experience in acquisitions, divestitures, spin-offs, and internal reorganizations across the globe with a primary focus on IT. William is also a member of the Board of M&A Standards.