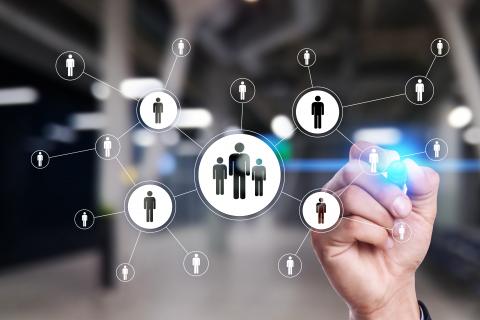 Achieving Integration Excellence with Interdependent Business Units
By Sue RIder,VP Global M&A Integration at World Fuel Services and member of the Board of M&A Standards

No, this is not a movie review. It is the reality of the acquisition world!

Think about this scenario: the company you are acquiring operates in the traditional unity of command principle. Employees answer to only one boss – their direct manager. But your company is a highly matrixed environment where employees have more than one boss requiring collaboration and communication for decision making. So how do you effectively integrate the cultural differences?

The Matrix is a management model where units of the organization are interdependent, not independent. Working in a matrix environment can be confusing and complex. It adds a cross-functional dimension to the overall integration process that continues throughout life in the company. Typical functions that hold accountability in a central location include areas such as Finance, IT, HR, Legal, Credit and Marketing. This is by design to set standards across the globe. Challenges are amplified when team members are across geographies, communications are dependent on technology, virtual management is required for individuals who need extra guidance and collaboration is crucial for decision-making.

During one acquisition, we reassigned reporting lines and changed direct (hard) lines to leaders at the Corporate office (aka the Center). There was resistance from every angle. “I have lost my span of control”; “You are breaking down my fiefdom”; “I’ve worked hard to get to this position”; “I don’t want my title changed” – the comments go on and on. Along with the reporting line changes, processes were changed. There was still a need to have location leaders as on-site leadership for any issues or escalation, which became the employee’s dot line reporting structure. One particular employee was told by his dot-line boss to continue business as usual, while his direct boss gave conflicting directions. The employee in question became very frustrated – who was he supposed to listen to? This employee, who happened to be high-potential talent, left the organization due to the confusion.

A Matrix includes doing business in both the vertical and horizontal dimensions, with the ultimate goal of optimizing the organizational talent for process and decision-making excellence. But there will be disagreement between bosses, and the employees will end up in the middle of it all. To handle those disagreements, my company established a social network for escalations. We set up Subject Matter Expert (SME) Councils or Centers of Excellence (COEs), made up of several people who can review an issue and come to a solution as a group. This continues to work well for our company.

This example is major change management for companies that are used to the traditional management model. Many times, there is resistance to the change because it affects people, process and technology. And let’s face it – if it isn’t broken why fix it? If not addressed early and often in the acquisition process, it can be disruptive to the overall integration, even causing loss of revenue and hostility between people.

So how can you respond effectively and quickly when faced with this situation? By implementing a few basic changes, we were able to mitigate a recurrence of ineffective integration:

Upon further thought, I realized that functioning in a matrix isn’t as new or different as we might think. Afterall, many of us had two bosses growing up (mom and dad), so we have more practice at it than we think. When faced with working in a highly matrixed environment, it comes down to a few things: communicate well; collaborate often; respect everybody and everything; and be adult. 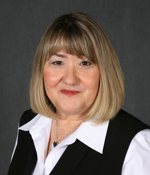 About Sue Rider:
Sue is a human resource leader with over 30 years’ experience in more than 35 M&A transactions spanning Europe, Asia, and Americas. She led due diligence and integration for 23 strategic acquisitions with focus on organization design, talent retention, communications, change management and compliance. Sue created the “People/HR Standards of Excellence” playbook.