The Challenges of International M&A 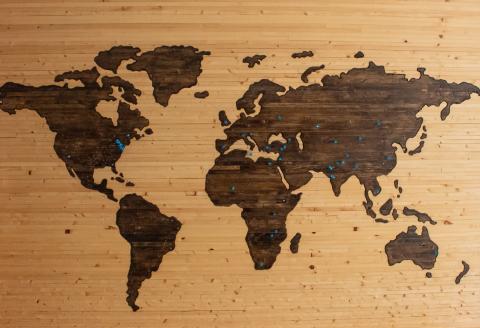 Understanding the Complexities of Culture in M&A
By Wendy Parkes, member of the Board of M&A Standards

As the world becomes more accessible, businesses are looking at opportunities for corporate growth in markets outside of their home country. International M&A, although exciting to work on as an M&A professional, presents its own unique challenges. It tends to be more complex in ways that test the buyer’s M&A skill proficiency and, if the complexity is not recognized at the onset, could have disastrous impacts on the success of the deal.

The complexity comes in many forms and from various directions. The most obvious, depending on the country, are such things as cultural and language differences. Added to those are the critical influencers, such as regulatory, legislative (legal), political, policy, privacy and labour laws variances, etc.—all of which must be well understood prior to any deal being closed. Should any of these be missed, a buyer could well find themselves with much higher costs; a smaller, more limited market then originally anticipated; and a disengaged workforce, resulting in a lower ROI.

Another factor that can come into play, particularly in Asia or other markets where M&A activity has not been historically active, are differences in the experience of the M&A teams and the length of time it takes to close a deal. Buyers in these cases often experience less information sharing during the due diligence, increasing their risk.

For international deals, an interesting difference I have found is the method in how companies communicate. For example, in a recent deal conducted in Europe, the standard method of communication to the employees of the buyer’s company was via the company’s internal website. This included any updates on company activities, new employee programs or existing program changes. But for the seller, the standard method of communication was top down. All communications were required to be first reviewed by the CEO and the management team, and then distributed verbally by the management team to employees with a follow up occurring afterwards via their internal website. You can imagine the disconnect when the buyer sent an important message via the website after the deal closed without first going through the seller’s CEO and management team. This one simple act unfortunately set the tone of the integration efforts and could have been avoided if more attention had been given to this nuance between the two companies.

The above example was about communication differences, just one part of the over-all corporate culture. Cultural differences can make or break a deal—we just have to look at Daimler Benz and Chrysler to appreciate that—and they come in many forms. For international deals, language can also play a large role, as it did in a recent European acquisition. In North America, the word ‘synergy’ usually describes ‘cutting costs,’ but the European selling company defined synergy as ‘bringing together, working in unison,’ not an incorrect definition but quite different in its intent. So when the buyer’s integration team started to talk about gaining ‘synergies,’ it led to different expectations from the two sides, causing confusion and affecting the integration efforts.

Another factor to consider with International M&A is buyer brand recognition. In some cases, the seller’s employees and customers may never have heard about the buyer’s company: it is an unknown entity to them. This lack of brand power on the buyer’s behalf can often create heighten anxiety with employees and customers. When this happens, the buyer must be on point to raise brand awareness and increase brand recognition both internally and externally.

In a cross-border deal between two financial companies in Canada and the US, the Canadian buyer’s brand was not well known. In the financial services industry, financial institutions require great sensitivity given because they are dealing with individuals’ money; and customers need to feel their money is in a secure setting and the financial institution is safe. In order to protect their investment, the buyer needed to create a focused brand marketing strategy to retain existing customers and to attract new ones. In addition, an internal brand awareness strategy was rolled out to all employees to help lessen anxiety and increase excitement about joining the company. Increased attention was given to the frontline staff, as they were customer facing. How they interacted with customers and their ability to answer questions were crucial in alleviating customer concerns about the buyer.

Integration success is determined in part by ensuring a good employee experience. This starts in how the employee feels they have been treated in an M&A deal. For International deals, regulatory and legislative requirements as it relates to employees are essential to get right. The M&A professional must be up to speed on the law and regulatory requirements, not only in how employees are managed during the deal transaction but also after they become the buyer’s employees. In some countries, employees must be transferred to the buyer’s company with the same status and benefits in place, but there are other countries where this is not the case. There are countries where employee consultation must take place before making changes to employee benefits, and some countries where employee unions or bargaining groups must be consulted. Should the buyer get any of these wrong, it could cost the company dearly, not only in dollars but unwanted legal action and loss of reputation.

As you can see, International M&A has its complexities and nuances. But as an M&A professional, if you do your homework and are prepared, it can be a great learning experience and many of the pitfalls can be avoided. International M&A deals are fast becoming another influencer, right alongside increased trade and technology, in making the world more accessible. As more and more companies look outside their home country as part of their growth strategy, we as an M&A professionals need to be ready.

About Wendy Parkes:
Wendy Parkes is an HR Professional who has 30+ years of experience working in the U.S., Canada, Europe and Asia. Her most recent role was Managing Director and Head of Human Resources International for BMO Financial Group (BMO) in London, U.K. where she was instrumental in building the International HR team and enhancing the HR operating model as BMO acquired a new business in the UK.