Beware of Stranded Costs in Divestitures 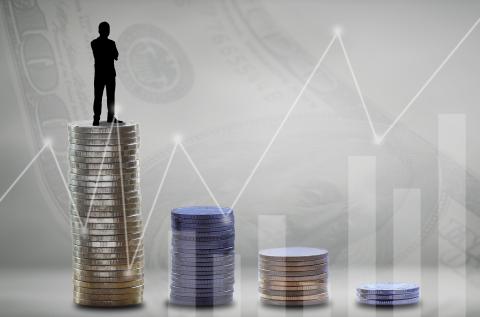 Plan Accordingly from the Beginning
By Bill Blandford, Board of M&A Standards

When a company is going to divest one of its businesses, it is crucial to identify and plan actions to prevent stranded costs. Stranded costs can be thought of as those costs allocated to each business of your company and will no longer be covered by that business when it is divested. Typically, when the divested business is bought by another company, the buying company already has many services such as HR, Legal, Finance and IT, and therefore will not take on any costs associated with those charges.

The following are the two scenarios I’ve witnessed, the first being more common. We will be changing the names to protect the innocent:

Marooned Dollars, Inc. was so busy supporting the TSA and the ongoing business that there was little review of potential stranded costs. (They had not invested in training like The Art of Divestitures from the M&A Leadership Council.) Because were confident the Buyer would not be able to integrate in the 6 months it had agreed to, other high-priority items were addressed. So they were caught off-guard when integration was completed on schedule. Suddenly, Marooned Dollars, Inc. was left with significant stranded costs. Their initial reaction was to lay off employees in those shared business functions, the same people who had just worked hard to support the TSA and the divestiture. Company morale plummeted as employees justifiably feared future layoffs. Business results also dropped like a rock and barely recovered from the experience.

Principled Planners, Inc. addressed potential stranded costs before Day 1 of the divestiture, identifying plans to eliminate them by the end of the TSA. Resources that would have to be let go at the end of the TSA were called in and offered a substantial bonus to stay until the completion of the divestiture. Since the buying company had to extend the TSA to complete their integration, the employees who were going to be let go were kept on extra months, to their delight. The remaining employees were impressed by the treatment of their colleagues and dedicated themselves to really support Principled Planners, Inc. As you can imagine, business results skyrocketed.

Ensure your divestiture has the best chance for success: equip your MA&D team for future deals by through public training programs like those offered by M&A Leadership Council or host on-site training customized to your company’s needs. The bottom line: be like Principled Planners, Inc.!

About Bill Blandford:
Bill has participated in over 50 transactions including the de-merger of Motorola, which led to the creation of two separate companies within Motorola.  He successfully integrated more than 25 acquisitions and led the divestiture of 15 businesses. Bill also has extensive experience in divestitures, spin-offs, and internal reorganizations across the globe with a primary focus on IT.